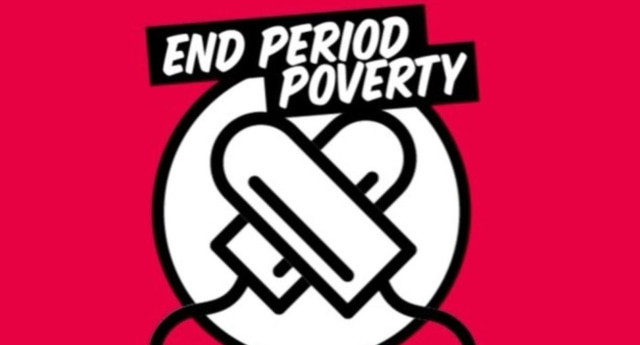 By Namrata DuttaAugust 14, 2020No Comments

Niharika is a 14-year-old vivacious teenager. She is intelligent, kind and is always helping out everyone however she can. Unfortunately, she will not be able to continue with her academic journey. She won’t even get to sit on the standardized tests that are held every year for class 10 children. And why is that? Because she cannot afford to buy a sanitary napkin for a bodily function that she has no control over.

A 2016 study on ‘menstrual hygiene management among adolescent girls in India’, which was a systematic review and meta-analysis by Van Eijk highlighted some alarming statistics:

“77% of the girls stated restrictions in visiting places of worship and touching religious items or praying during menstruation.”
Above is a statistic that was published in 2016 study on ‘menstrual hygiene management among adolescent girls in India’.

The fact that this is still a very prevalent thing even in the 21st Century became very prominent when Anahat NGO conducted their own survey and found that 50% of their respondents agreed to the statement “I am not allowed to enter a place of worship when I am bleeding”. Given the fact that we are living in times wherein less than a second we can send a message to someone who sits on the other side of the world, how is it that with something which is a natural body function that we have no control over, we refuse to acknowledge its existence, condition people to feel shameful about it and tag anyone as immoral if they raise any questions regarding it?
While a lot of people just associate the lack of availability of menstrual products. The truth is that lack of awareness with anything related to menstruation also comes under menstrual poverty.

According to the #BleedAndLearnFreely Campaign which was conducted jointly by Youth Ki Awaz and Anahat NGO:-

The other problem with the entire system of Menstruation is that nobody wants to explore the option beyond what is being marketed to us by Capitalism for as long as we can remember. Everyone knows about the commercial pads, tampons, and panty liners that are being put on the shelf for us to buy. And of course, since this is driven Capitalism unless you have currency, you can’t afford the “best”. The “best” that they talk about though is nothing but a gimmick which shifts focus from the fact that these commercial pads, panty liners, and tampons generate.

According to a survey conducted by Anahat NGO, 54.4% of the participants were not even aware that the thickness of one pad is equivalent to the same amount of plastic used to make 4 polythene bags and a whopping 72.1% of the participants had only heard about the existence of Menstrual cups and cloth pads in the last 5 years.

A Whisper Maxi Fit Sanitary Napkin in the regular size with wing, which is a pack of 15, is priced at ₹143. If you multiply that by 12, (say you buy one for each month of the year) it works up to ₹1,716. ₹1,716 for something so basic and necessary.

The other option that people are now beginning to consider is cloth pads. They’re recyclable, environmentally friendly, and can even be made at home as well. And since there are no chemicals involved with making cloth pads, the chances of someone having an allergy or a rash or anything unpleasant is nil.

On the other hand, if you look at a Menstrual Cup, depending on the company and size of it, the price can range between ₹400-₹450. Is that expensive? Yes, BUT one menstrual cup can last up to 5 years. Besides being environmentally friendly, it is easy to store and clean as well. So then, for 5 years of your menstrual cycle, you’ve spent between ₹400-₹450 if you buy the cup, and if you buy pads, panty liners, and tampons are made from plastic and contain nasty chemicals that persist in the environment for over 500 years, you’re spending ₹8,580. ₹8,580 to help manage a bodily function that you have control over and makes you “vile” in the eyes of society.

Having the ostrich syndrome when it comes to discussing anything related to this traumatic and exhausting PERIOD of time won’t make it go away. People will bleed and will continue to bleed because that is the way how we function biologically. No one should or needs to be shunned for a biological function of their body that they gave absolutely no control over. Periods are not dirty. They aren’t a taboo.

It is a NATURAL function of the human body. Unless the blood coming out of someone’s body is associated with an unnatural cause of death or sickness, there is no reason for anyone to fear blood. This isn’t something you can just sweep under the rug and hope that it will disappear or that no one will notice it at all. We need more dialogue.

A welcoming change which has earned a lot of praise and has also paved the way for dialogue about menstruation is the 10 Days per year Period Leave that the Food Giant Zomato has introduced. “There shouldn’t be any shame or stigma attached to applying for a period leave,” Zomato chief executive Deepinder Goyal said in an email to staff on Saturday. The policy has been receiving a lot of praise and for good reason. It is important and imperative that Men, boys, or rather males should also be included in the dialogue. It is as important for them to know about the menstruation system. PERIOD!