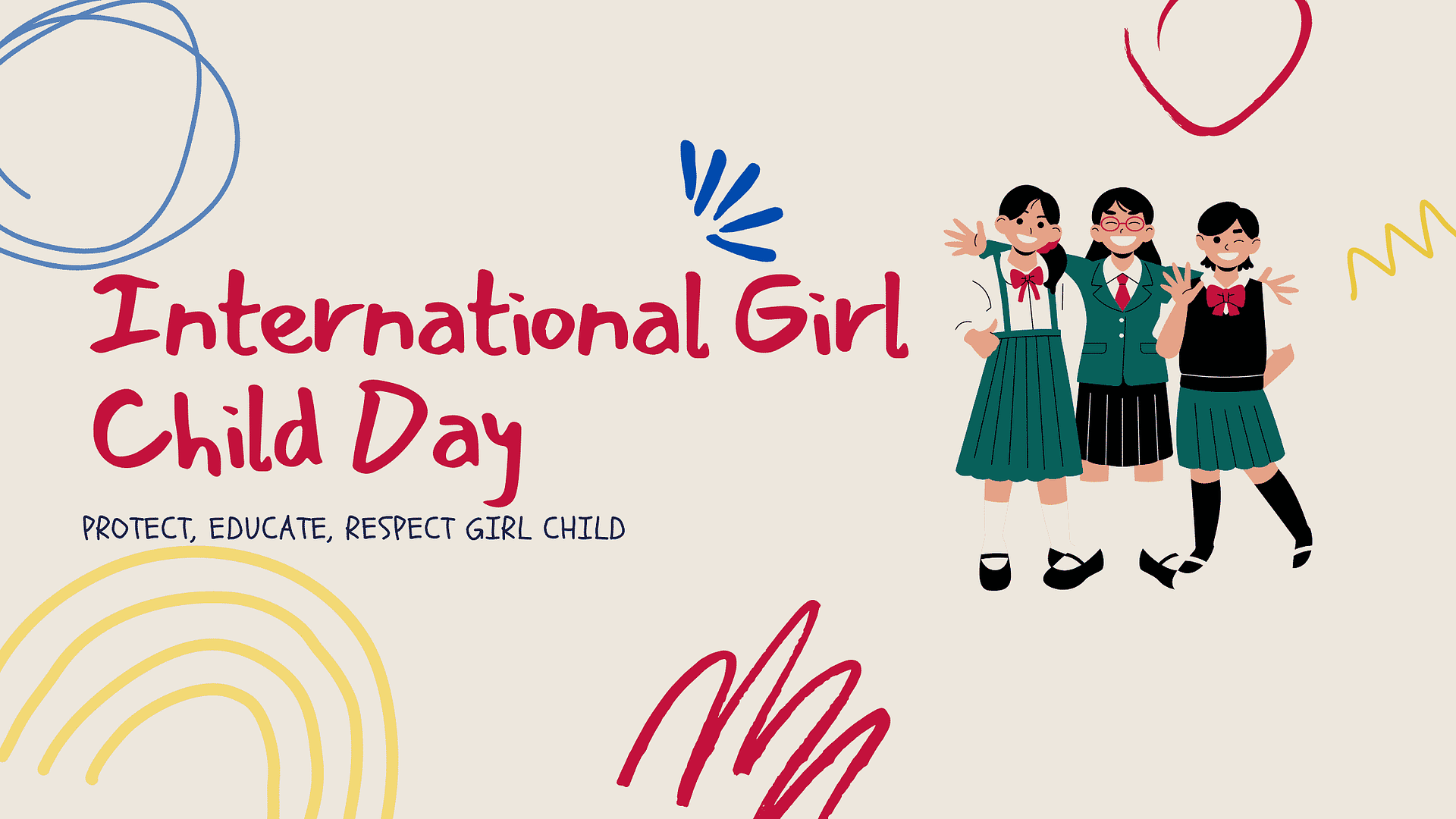 A Girl should be two things- Who and What she wants.

By Purvi TanwaniOctober 11, 2021No Comments

The 11th of October is celebrated as International Girl Child Day. It was created by the United Nations in 2012 to celebrate the achievements and potential of girls. From ancient times it is seen how young girls and women face violence and discrimination from womb to tomb. Violence against girl child takes place in different forms, from female infanticide, physical and sexual abuse to child marriage, trafficking and restraining girls from going to school and engaging in paid employment and living self-sufficient lives. All types of violence against girl child are deep rooted in gender inequality that women face throughout their lives.

To create awareness on this issue the Beijing Declaration was the first to initiate a campaign for the rights of girls. Gender equality is a global priority of UNESCO for supporting young girls, their training and their full ability to make their voices and ideas heard are drivers for sustainable development and peace. In too many cases across the globe, teenage girls drop out of school, due to forced marriages or child labour. UNESCO is committed to celebrating this day to ensure that all girls have access to quality education and a dignified life. Adolescent girls have the right to a safe, educated, and healthy life, not only during these critical formative years, but also as they mature into women.

In Indian context the rate of violence against girl child is massive. About 35 percent of women experience violence at the hands of their current or former partners in their lifetime. Trafficking cases have also increased with about 35% of trafficked victims are young girls. Also, according to the NCRB (National Crime Records Bureau) about 87 rape cases are recorded daily in India. With the latest emergence of Covid-19 pandemic and lockdown in the country it has led to an increase in domestic violence cases and also a rise in child marriages. Due to closure of school’s parents especially in the rural areas are getting their girls married before the age of 18 or at a very early age between 19-21 years of age.

Murshidabad is one of the districts in West Bengal, India with high incidence of child marriage and trafficking. Anahat has started with Project Udaan since the month of August 2021 to create awareness among young girls in 4 blocks of Murshidabad i.e., Kandi, Nabagram, Khargram and Berhampur.

The first session focused on creating awareness about the basic human rights linking it with the life cycle approach following with the next session which is teaching the girls the basic difference between sex and gender and various gender inequalities that exist in our society along with breaking through the gender stereotypical ideas through various activities.

We believe if effectively supported during the adolescent years, girls have the potential to change the world – both as the empowered girls of today and as tomorrow’s workers, entrepreneurs, mentors, household heads, political leaders and mothers. With proper access to knowledge and information girls have the potential to change their own lives, the lives of their families and communities, and beyond. When we invest in girls today, we invest in future entrepreneurs, mentors, political leaders, mothers, activists and innovators.

It’s been 25 years since the UN adopted the Beijing Declaration and Platform for Action, a global agenda for advancing the rights and empowerment of women and girls everywhere. And progress has been made:

What can be done to empower women and girls? Provide the ticket to a better life: clean water, support girls and women in crisis, mentor a girl close to home, invest in a small business owner, use your voice to help keep girls in school, help a new mom, tell the women in your life that you care. Empowering women’s education is the main gateway to prevent the gender discrimination. NGO’s also play a major role in bringing a change. Anahat Foundation has also been working in this domain. A girl should be two things, who and what she wants. There should be no space for gender discrimination as there is no world without them.