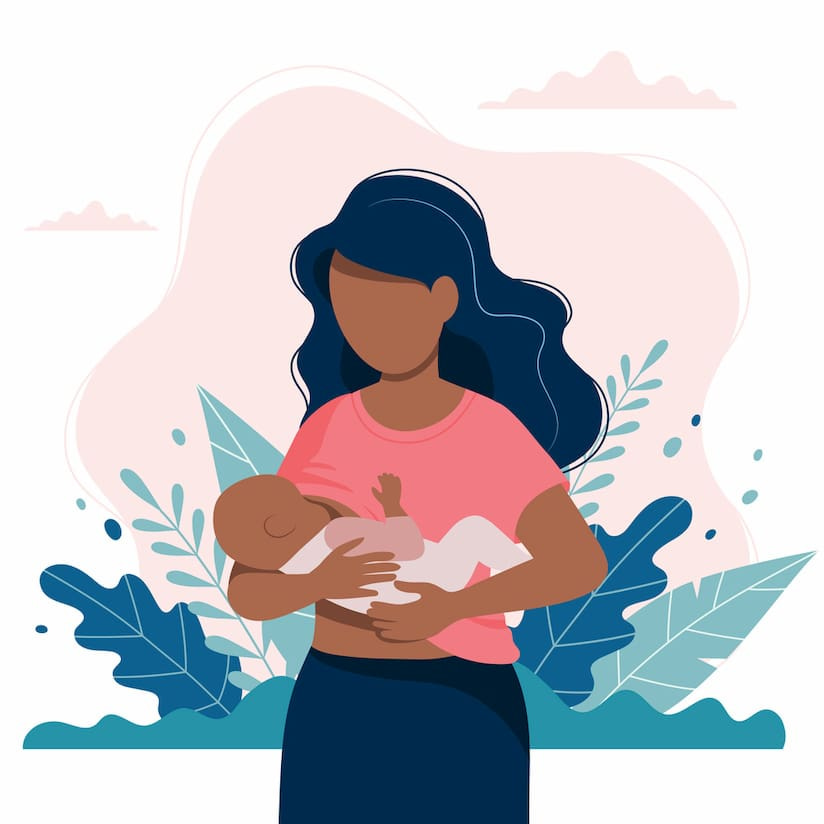 Breastfeeding : What we know vs what it is

By Namrata DuttaAugust 10, 2020No Comments

WHO and UNICEF recommend that children initiate breastfeeding within the first hour of birth and be exclusively breastfed for the first 6 months of life – meaning no other foods or liquids are provided, including water.

While public hospitals reported 34.9% caesarean births, 62.7% of deliveries in private hospitals were through C-sections, a survey conducted by NSO during July 2017-June 2018 shows.

A mother after giving birth through C-sections tends to remain in an unconscious state because of the higher doses of painkillers administered to her because of the C-cut. So, she is not in the stage of demanding her baby for feeding if the baby is not given to her by the nurse or the hospital staff. More often, this stage of unconsciousness goes for hours before the mother meets her baby. So, when the mother is resting the baby is already fed formula milk and was denied the colostrum which is so much required for growth.

How big is the market of formula milk?

The purpose of the article is not to deny the importance of formula. The reasons for feeding formula to the babies are varied : rising incomes, urbanisation, increased female participation in the labour force, and inadequate policies and legislation to encourage and empower mothers to breastfeed at home or while returning to work play a significant role. But it is necessary to allow the mother of the child to make the choice i.e. to choose between breastmilk and formula milk.

The breast undergoes several changes when a woman becomes pregnant till she give birth. The breast is designed in such a way that it produces milk on demand. The demand is created by the infant as soon as the baby latches to the mother and starts sucking the nipples. But here a big question is when the infant will try to suck milk. The obvious answer is when the baby is hungry. In private hospitals generally the new- borns are kept in a nursery and are taken to mother twice or thrice. Their visits does not depend on their feeding times. Often they are well fed and then they are taken to their mothers. As a result, the baby doesn’t want to suck and falls asleep. And the mothers cannot generate milk as there is no demand. This “demand” of breastmilk is often hospital generated and controlled and manipulated.

It is estimated that 823,000 child deaths would be prevented each year in low- and middleincome countries if breastfeeding were adopted at close-to-universal levels. In particular, insufficient breastfeeding increases the risk of pneumonia and diarrhoea – now the first and second biggest infectious killers of children worldwide.

If all children were breastfed, it is estimated that about a third of respiratory infections and half of all cases of diarrhoea would be avoided. Yet despite this, in low and middle-income countries, only 40% of children younger than six months are exclusively breastfed. This was according to a study made by Save The Children.

Can breastmilk be substituted?

The simple answer is a big “No”. There is a considerable amount of scientific research proving that no industrially processed substitute comes close to providing the benefits of breast milk.

WHO recommends breastfeeding exclusively for the first six months of life to achieve optimal growth, development and health.

While the problem is global, there is evidence that developing countries suffer most. In countries with limited access to sufficient, safe and affordable water and adequate sanitation, and with a high prevalence of acute respiratory infections, diarrhoea and measles, the consequences of a mother switching to infant formula can be a matter of life and death. The risk of dying from pneumonia among infants under five months is about nine times greater among those not breastfed compared with those partially breastfed. In 2016 the UN Office of the High Commissioner of Human Rights declared that breastfeeding is a human rights issue for both mothers and children, and should be protected and promoted for the benefit of both.

Is there a way out?

Sessions should be conducted with pregnant women and their family members to make “breastfeeding” a new normal and happy process. There is a considerable amount of stress associated with breastfeeding which is imposed on mothers who genetically fails to produce milk due to many reasons. All these needs to be handled even before the birth of baby. Couple of awareness sessions just before giving birth may help out many women to accept the positive effects of breastfeeding and to choose breastfeeding for their children when they give birth.