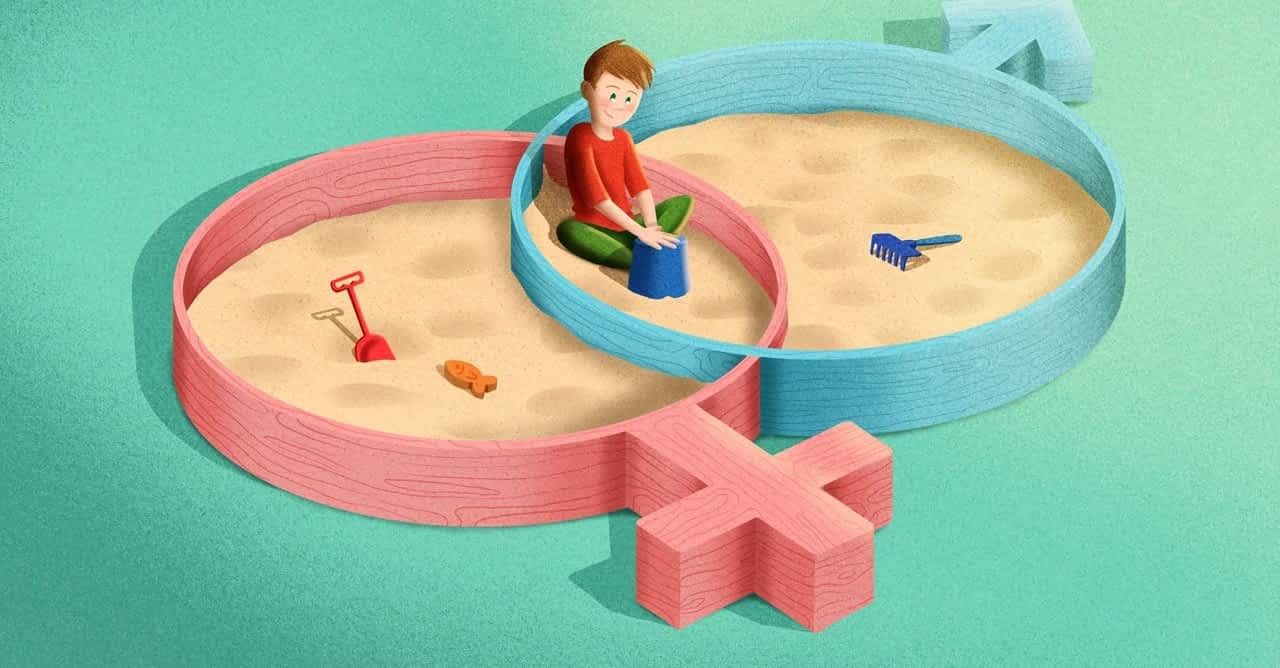 What is gender neutral parenting and how is it helping children break away from gender binary?

By Purvi TanwaniAugust 19, 2020No Comments

Gender stereotypes– Once a baby is born, the first thing we receive is the gender – ‘It’s a boy/girl’, but being a gender-neutral parent is based on principles to change that. In India, there has been discrimination since ages on how different genders are treated. These stereotypes begin at home and are carried out in schools, curriculum, and even in the teaching manner. To stop gender discrimination, you have to begin at home, and the best way to do it is to be a gender-neutral parent.

What is Gender Neutral Parenting?

There are many forms of gender-neutral parenting. You can begin this method of parenting as early as possible. For example- parents must avoid buying toys that are slanted towards a particular gender, which is very important. Gender-neutral parenting would be raising your child in a neutral way, where the gender of a child doesn’t play a role in your parenting methods, their choices in life, or their way of living.

How can you raise a gender-neutral child?

With the stereotypes and conditioning we’ve been raised with- changing this mentality may take some time, but it is never too late to begin, is it?

If you are a parent to be or a first-time parent, research about gender-neutral parenting forums.

When you decide on a name, choose a gender-neutral name. Don’t attach colors to a gender. Omit the idea that blue is for boys and pink is for girls.

Do not buy gender-specific toys. If your son wants to play with a cooking set or wants to buy a tea set, be encouraging.

Let them choose. In the world of marketing, it is considered taboo to promote the traditional ‘girls’ toys to boys. This is a reason why STEM-based learning has come up with toys that banish gender stereotypes and encourage girls to explore the ‘boyish ‘interests.

Being a gender-neutral parent doesn’t necessarily mean that you need to expose children to gender reversive toys only. It means to not define their choices to gender stereotypes and be more encouraging about accepting their choices.

Several brands may have a ‘Chota Bheem’ shirt for boys and ‘Peppa Pig’ printed shirts for girls. Don’t be defined by the gender marketing of clothes, if your son is a Peppa fan go ahead and pick that up.

A child should grow up in an environment where he’s exposed to gender by the term and not as roles. The example you set at home is what will stay with the child. Do not label your children, and raise expectations about how they should behave or grow up to be based on gender.

Here are a few ways to raise your child flexibly without being biased towards gender.

Gender should not be important

Raise your kids free from the gender norms created by society. Sometimes knowingly or unknowingly we impose the stereotypes on our children. You can begin by removing gender while communication. Instead of passing comments like – “What a good boy’ use words like, “You are such a good kid”. When a child grows up in an environment like this, he grows up to be a gender-neutral child.

Talk about gender though

Being a gender-neutral parent doesn’t mean you do not inform them of sexism. You must expose them to the stereotypes that happen in society. It helps them acknowledge them, and steer away from replicating the same kind of behavior. These conversations must take place in early childhood when you notice an instance in a cartoon or a book. These are simple ways to inform the kinds of how the stereotyping exists in society but doesn’t create a difference in their abilities.

Games are not divided by gender

The toys your children play with plays a significant role in their development. It improves their cognitive abilities, thinking abilities, and also impacts their psychological development. Buy toys that improve their skills. Certain studies show that kids get accustomed to toys based on their gender as there is an adult influence in encouraging stereotypical play based on the sex of the child. Stereotyping toys as girls’ and boys’ toys hinders their development. Let your boys enjoy the dollhouses, and let the girls play cricket.

Do not define color

Save your children from the tsunami of blue and pink. As a parent, if you stress the difference between a boy and girl it is most likely to affect their behavior and thinking pattern. How you parent until the age of 7 will make a lifelong difference. This is why it is critical to expose your child to an environment where they are open to opportunities irrespective of gender.

Treat your child as an individual

Treat your child as an individual and not as a boy or a girl. Teach them to gender in a positive way. Stress on areas where they understand it is okay to be different, and there are different ways of being a male or female. Let them explore the ‘gender’ their way. Allow them to open up. Encourage healthy discussions. Your child may want to dress up in a certain way that doesn’t fit the gender norms, but it is necessary that as parents we provide them with a safe environment to explore.

The common goal of every parent today is to raise a generation and create a society where the world doesn’t dictate how a child should be. We as parents must be conscious of the choices we make so as to not segregate our children according to the blue and pink norms. While fighting against gender stereotypes make sure that your focus on imbibing them with the knowledge of good traits and help them be a good individual overall.