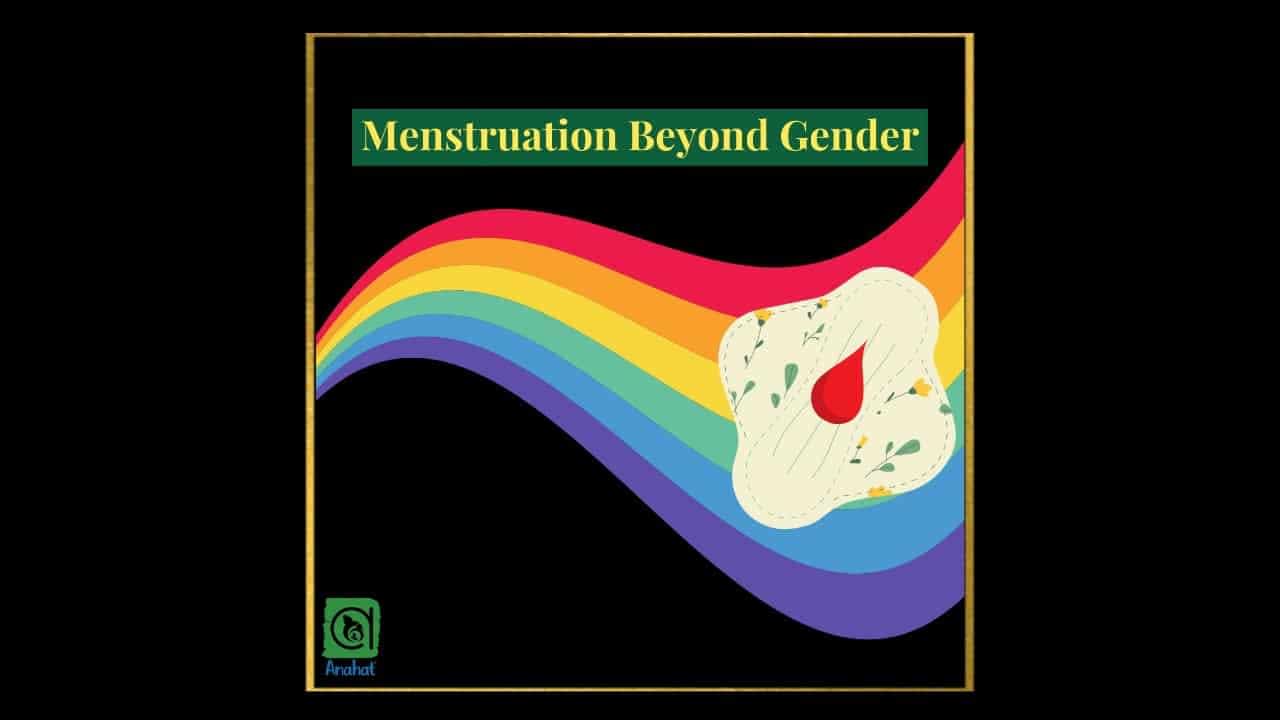 By Purvi TanwaniFebruary 6, 2021No Comments

“Periods” – Now that I have got your attention, let me put it out clearly that menstruation is not merely a “women’s issue”. Periods have always been associated with symbols of “womanhood” and “femininity”.When we say such things we are belittling “womanhood” to be dependent on mere specific organs. The fact that gender is binary (black and white – female and male) is a social construct. Menstruation is a biological process unlike gender. Every individual is assigned with a sex at birth depending on their body parts but gender is different. Gender is about what an individual feels and it may or may not align with their birth sex. Non-confirming and trans people do not choose to have their period. If they have a functioning uterus, they bleed regardless of how they look on the outside. Menstruation is beyond gender. Humans are evidently much more than just their bodies.

Not all individuals who bleed identify themselves as women. Not all individuals who can not bleed identify themselves as men. This is the reason why we need to broaden our minds to accept that gender is a bigger spectrum that includes transmen, transwomen, intersex, gender queer, non-binary and gender non-confirming humans who menstuate besides cis-women(individuals who carry the female sex assigned to them at birth). To add on, not every individual who has a vagina can bleed owing to medical conditions like amenorrhea, hormonal fluctuations, stress, anxiety, menopause etc. As we ignorantly continue to use terms like “menstruating women”, we are adding to the trauma and gender dysphoria of non-binary and trans folks.

Raising awareness of the same is also important so that people get to know. Besides triggering gender dysphoria, exclusivity sometimes pushes these individuals to take contraceptive pills or go through hormone replacement therapy which are brutal. Trans and non-binary people are four times more susceptible to mental illness like depression and their rate of suicide/attempting suicide is 32% to 50% around the countries. We need to share space especially because their communities are already more marginalised and face severe atrocities. If we are cis-gendered, we are already privileged. We need to fight for their communities instead of fighting with them for the spotlight. We need to change the narrative of this discourse from being just cis women oriented to the broader plethora of people who bleed.

Menstruation is already stigmatized in India. The violence against LGBTQ+ community keeps making to our headlines almost on a regular basis even after the decriminalisation of Section 377, Indian Penal Code, 1860 by the SC in 2018. The world is already a tough place. And we can choose to make it a little better by being more inclusive. For example, a trans man goes through immense dysphoria during menstruation while it is different for a trans woman with penis. They do not have sufficient access to healthcare resources either. On top of it, the absence of gender neutral bathrooms makes it more difficult for them.When cis-gender women have to discreetly buy period products because of its “taboo”, so it is easily imaginable how more difficult it must be for transgenders and non-binary people. It is necessary for period products’ advertisements to portray the struggles of non-cis individuals and promote inclusivity. We can make society more inclusive if we refer as “menstruating individuals” or “Menstruators” or “people who have periods”. Our organs do not define our identity. We can stick to our birth genders or even choose not to. It is our body,our call. No one gets to decide what we want to be.

No one deserves to be ill-treated. Let us acknowledge our privilege and uplift the marginalised communities because being together makes us special. Instead of meting out ill-treatment, let us support them and grow together. To sum it up, again : Humans menstruate, not exclusively women.