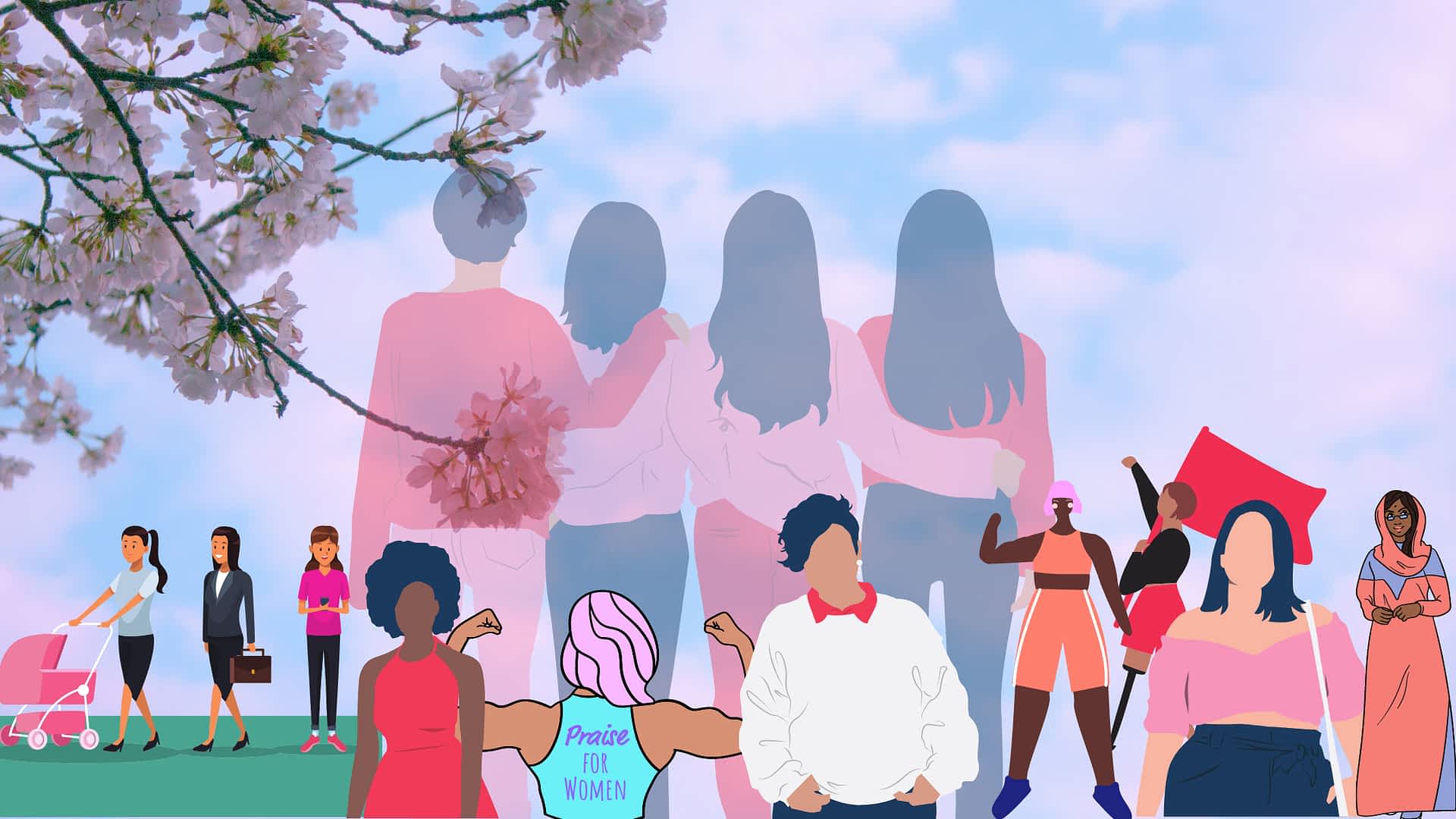 Understanding the theme around this years International Women’s Day

By Purvi TanwaniMarch 8, 2021No Comments

The 8th of March is celebrated as International Women’s Day worldwide, and as people continue to do that, let us take a look at how women’s role has changed and progressed over the years. Earlier, women were seen as nurses, teachers or homemakers, but today, the times have changed. They have redefined themselves and also pursue non-traditional careers. Several women like Indira Nooyi, Kalpana Chawla, Saina Nehwal are leading examples of women who can do it all. However, another side to this is the unsaid societal pressure on women where they are subjected to prevalent patriarchal rigid gender roles. While several women are making their careers with a good support system, several women have been forced to give up due to their roles as the primary caregiver for children and the pressure to keep up to traditional gender roles at home.

Do you know why do we celebrate women’s day on the 8th of March?

In February 1908, several women who worked in the garment industry protested against the working conditions in New York and went on strike. The strikes continued for over a year. On the 28th of February, 1909, U.S celebrated National Women’s Day for the first time. Finally, in 1911 when Russia celebrated it on the 8th of March after 1913, it was considered a national holiday.

So, that is how International Women’s Day came to light.

The theme for International Womens Day 2021 is #choosetochallenge.

Here is what you can challenge –

1. Health and well being

It is every woman’s right to ask for information regarding their health to make informed decisions. The healthcare industry has to help women inform them about health conditions in every sphere, whether its periods, PCOS, Pregnancy, Abortion, and allow them the right to make an informed choice. It is also important to respect their choices than just imposing it on them.

There is a gender pay gap that exists even today in workplaces. Women are not paid as much as their other counterparts even though they put in the equal amount of time and work like others. Although equal pay for work has been legalized in the workplaces, the gender pay gap still exists. The only way to reform this at workplaces is to acknowledge an individual’s contribution to a workplace without focusing on just the gender.

Every pregnant woman must be taught and well informed about their rights as pregnant women in the workplace. Challenge them if you were denied a job, a promotion, or were not assigned a role because you were pregnant. Even today, several women are threatened not to be accepted after returning from maternity leave, are not allowed leave to feed their baby, or are penalized for falling sick during pregnancy. Employers must follow a zero-tolerance for pregnancy discrimination and conduct training in offices so that everyone remains aware of the same. Pregnant women must receive equal treatment and fair opportunities at workplaces.

4. Challenge any form of Abuse

Women have to learn to stand up for themselves and challenge the abuser if they are emotionally, physically or sexually abused. The #metoomovement highlighted the numerous incidents of sexual abuse that took place at workplaces. Several women even today suffer from emotional abuse and domestic abuse and have learnt to live with it because of the unsaid rules of society. Now is the time to change this. Educate yourselves on the facts of violence against women, stand up and speak up against abuse, stop blaming victims, know where to ask for help, support victims and advocate for yourself. Stop being a silent part of a culture that supports violence and inequality against women and girls by saying things like – “You asked for it” if someone is sexually abused, “Women have to adjust’, in cases of family trouble and domestic abuse, etc.

Patriarchy is deep-rooted in society, where men’s dominance over other gender is accepted based on gender. Several parents of today’s generation continue to support it knowingly or unknowingly. Children have to be protected from being raised in a manner where they feel boys are superior. Women are slowly empowering, but patriarchal rules shackle the majority of them today. The most important thing women need to do is unlearn what they have been taught at home or by society. They are not meant to endure violence or abuse. Things can change if women start taking charge instead of enduring. Women have to speak up, unlearning that ‘silence’ isn’t a badge of honour for them to carry. Why is it that in the majority of sexual abuse cases, the offenders are relatives? This only happens because women are taught to stay silent to save the family’s honour (abuser). Ambitious women are asked to quit jobs to fall under the patriarchal definition of a good daughter/daughter-in-law. Women are not meant to be domesticated, and society needs to reinforce that for women. Women need to be constantly reminded that they do not always have to compromise and sacrifice.

This Women’s Day pledge to challenge everything that holds you back.

Challenge when you observe or experience any form of gender equality and gender bias.

Challenge not being allowed to enter the kitchen during your periods,

Challenge being scrutinized for looks, height and cooking skills in an arranged marriage,

Challenge those who indicate you to cook, clean and take care of the house because you are a woman,

Challenge being interpreted as the default parent because you are a mom,

Challenge society for judging you for choosing to work after a baby,

Challenge the desire for a boy every time there is a talk about pregnancy,

Challenge the laws and patriarchy that think a rapist marrying the victim can undo the crime,

Challenge those who think women must get married at a certain age or the biological clock will start ticking,

Challenge people who think women wearing short dresses means they asked for it and can be sexually abused,

Challenge those who glorify sacrificing women.

Women try to keep up to these expectations to an extent where even self-care makes them feel guilty. One must be able to pursue what they love irrespective of their gender. Do not impose unreal expectations, where the amount of love a woman has is directly proportional to the number of sacrifices made by her.

Be flawed, but be yourself.